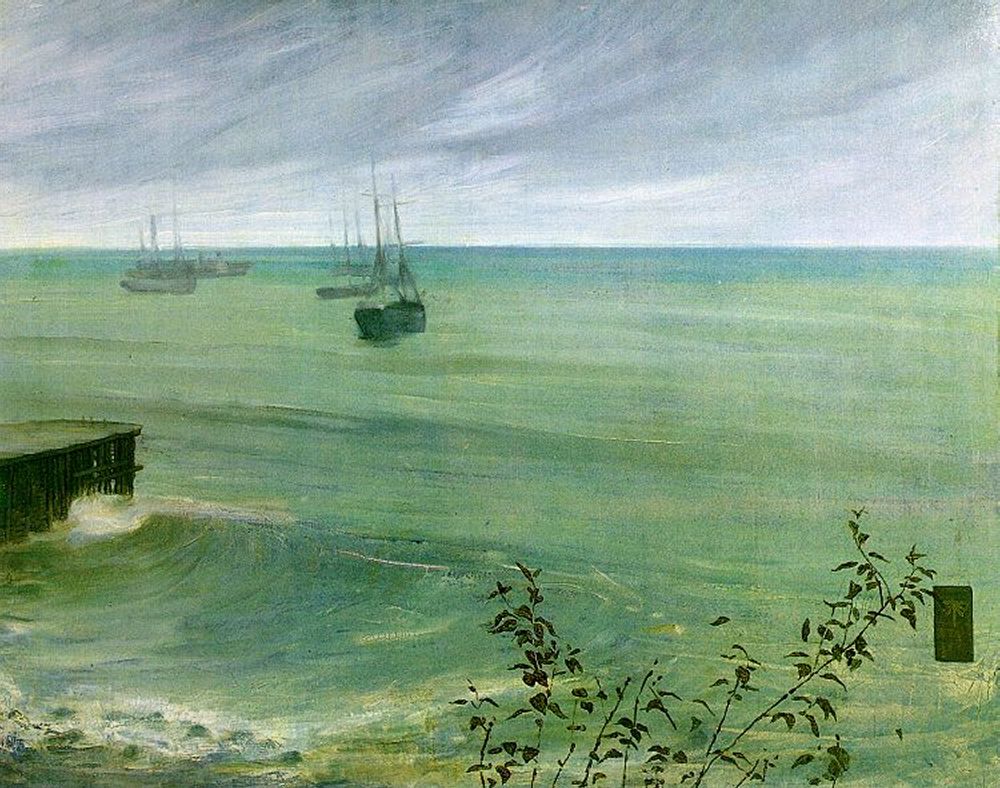 The colour green is the most common we see on earth. If you take a step back, you’ll see that our planet is a swirl of green and blue. Take a closer look and you’ll even find little green plants growing between the cracks in the pavement. Thanks to the green chemical chlorophyll, most plants on earth are green in some aspect. The bounty of green evolution has to offer means that even animals take on a green hue in order to camouflage themselves. The colour of life and vitality, green has inspired artists for centuries, despite being unusually hard to work with.

People have searched for centuries for a truly green pigment. Despite the wide variety of green in nature, it was notorious for being a hard colour to come by and work with—green plant dye quickly turns brown. The ancient Egyptians tried using the mineral malachite, however it was expensive and had a tendency to turn black. The ancient Greeks tended to not use the colour, and so it was not included as one of the four classic colours of Greek painting—yellow, red, black and white.

It was the ancient Romans that came up with a solution. They soaked copper plates in wine and created verdigris, a green pigment obtained through the weathering of the metal. They used this dye wherever they could, from mosaics to frescos and stained glass. This method was also used by medieval monks to colour manuscripts.

Hans Holbein’s The Ambassadors (1533), a painting portraying two powerful-looking men, has drawn much interest for its potential symbolism and meaning. Not only is it a double portrait, but it also features incredibly detailed instruments and devices that have fascinated art historians through the ages. The colour green is prominent in the curtain at the top of the painting, while a distorted skull lies across the bottom. The life represented by the green in this painting juxtaposes the ominous mortality of the skull.

Despite the colour green’s positive connotations, it has also taken on associations with sickness and the unnatural. Thanks to The Wizard of Oz, the colour green is associated with the supernatural as it is the colour of the Wicked Witch’s skin. In the spinoff musical Wicked there is the opposing views of the colour green, firstly in a negative context with the colour of Elphaba’s skin: “Like a froggy, ferny cabbage, the baby is unnaturally GREEN!”

However, in both musicals, the Emerald City is met with amazement and wonder. This indicates that the colour green is bad when associated with complexion. It is the opposite of red—the colour of blood—in colour theory. If a person’s face is ‘rosy’ and ‘flushed’, they are considered healthy; when they are sick their skin is called ‘green’. In the original Addams Family television show, they used green makeup on the actress playing Morticia Addams to counteract redness on the skin, making her appear very pale on the black and white film.

Of course, another common connotation of the colour green is jealousy. It was actually Shakespeare who coined the phrase ‘green-eyed monster’, causing this connection with the colour and the emotion to come into common consciousness.

After the ‘green-eyed monster’ came the green fairy. Over the years, green has had a huge influence on art. It is also the colour of the spirit of artists: absinthe. Picasso, Modigliani and Van Gogh, among many others, were known absinthe drinkers. We see in the painting Green Muse (1895) by Albert Maignan the image of the green fairy, representing absinthe, overcoming a poet.

In today’s world green is used to represent the environment, with political groups whose views centre on environmental policy using the colour as their party’s badge. Green is a key part of the world around us. It has a tendency to be overlooked due to its ubiquity. We take the colour for granted despite artists striving and struggling to create the stable pigment for centuries.