Known for its breathtaking beaches and beautiful landscapes, Barbados brims with a rich and vibrant artistic heritage. The birthplace of musical icon Rihanna and legendary cricketing giant Sir Garfield Sobers, this 166 square mile jewel in the Caribbean Sea is a treasure-trove of creatives, whose talents are not only reflected within its shores but have also made waves around the globe.

While culturally Barbados was born out of a blending of West African and British influences, other ethnic groups have contributed to what makes it more diverse and colourful today.

From art to cuisine to culture, Barbados boasts a variety of seasonal events that celebrate what is “Barbadiana” throughout the year.

In November, when the country celebrates its independence, Barbadians from every walk of life showcase their talents across all spectrums of art at NIFCA (the National Independence Festival of Creative Arts). During this cultural extravaganza, those who excel are awarded gold, silver or bronze awards of achievement, top amateur awards and awards for entries by professionals, with the highest being the Governor General’s Award of Excellence. 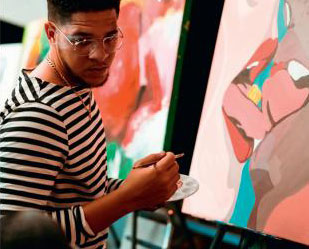 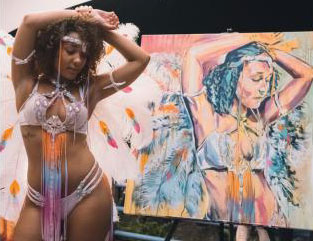 Three years ago, 100 artists came together for an exhibit called We Pledge Allegiance, where over 400 pieces of art in varying mediums were displayed for the nation’s 50th Anniversary. Out of this was born Artist Alliance Barbados, which hosts pop-ups monthly to give artists more visibility and create more prosperity within the visual arts. Currently, there are close to 20 art spaces across the island and artists have just launched Artists Studio Tours 2020 – Discover Barbados Discover Art, which took place in February and March. Many Barbadian artists have been commissioned by patrons of the arts globally and their works grace the walls and homes of people around the world.

Often referred to as the culinary capital of the Caribbean, Barbados’s restaurant offerings are the answer to a gastronome’s prayers. Many of Barbados’s Chefs and Mixologists have achieved international recognition and won gold in competitions globally. Every October the culinary arts take centre stage during the Barbados Food and Rum Festival. For a week local chefs and mixologists show their mastery of local fare and tantalise the taste buds of Bajan foodies and those who fly in for the experience. 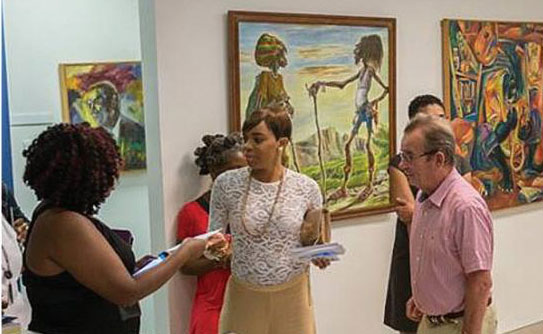 When it comes to design, one can hardly overlook the stunning architecture that blankets the landscape of Barbados. There is a mixture of traditional and modern which creates a charm that is uniquely Bajan. The architectural design heritage of Barbados can be traced from early 17th century Jacobean great houses, enchanting 18th century churches, 19th century chattel houses and contemporary villas and office buildings that have evolved from a rich history of design. There are also architectural delights that are crafted in intricate detail of many of the traditional houses by local artisans. 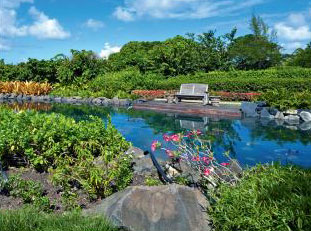 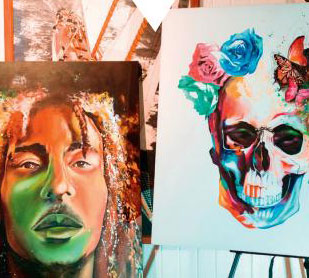 It is through mediums such as these and every area of art and creativity, that the rich stories of the vivacity of Barbados’s people and culture are being told.