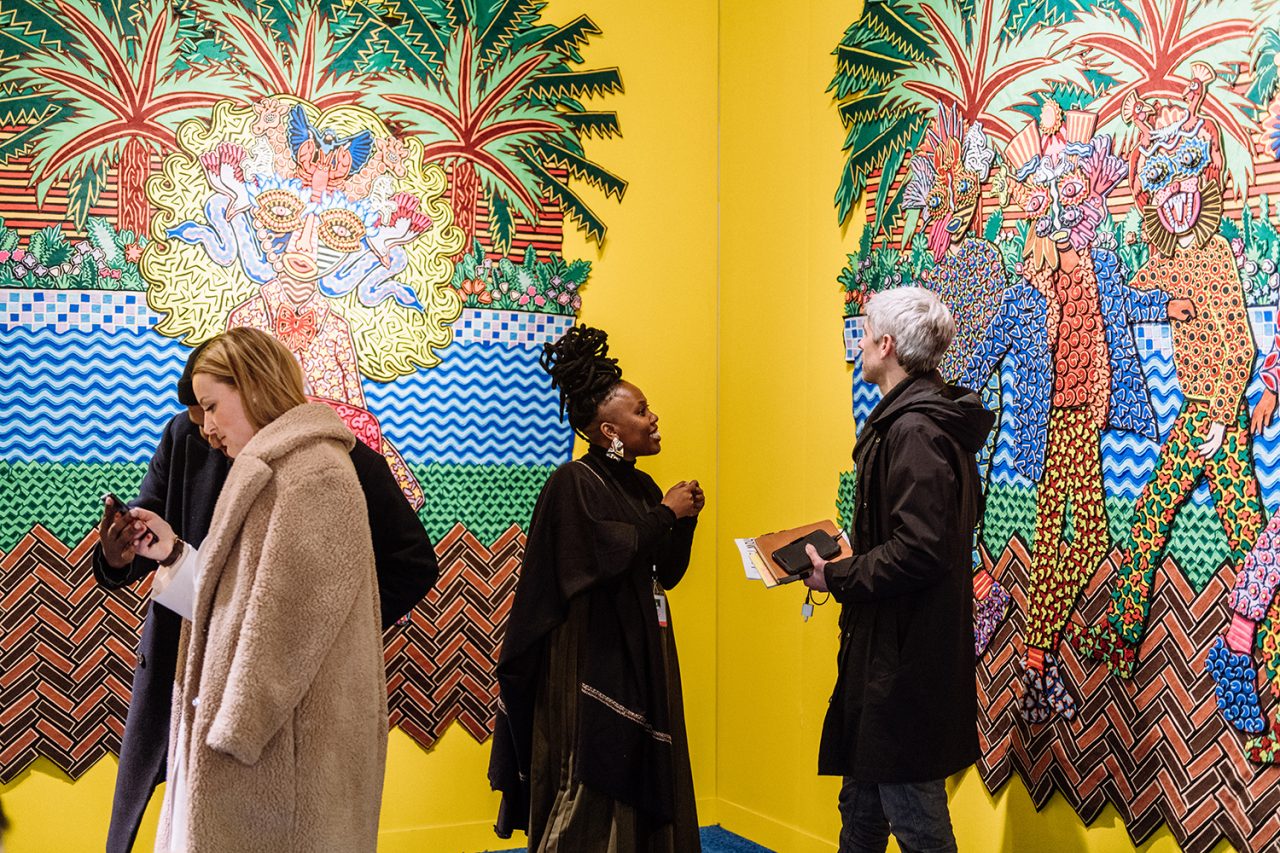 The 2020 edition of The Armory Show, taking place from March 5th–8th in New York’s Midtown Manhattan at Piers 90 and 94, will bring together 183 exhibitors from 32 countries, including 30 first-time exhibitors in an expanded curatorial programme.

The Armory Show is New York City’s premier art fair and a leading cultural destination for discovering and collecting the world’s most important 20th- and 21st-century art. The Armory Show features presentations by leading international galleries, innovative artist commissions, and dynamic public programs. Since its founding in 1994, The Armory Show has served as a nexus for the art world, inspiring dialogue, discovery, and patronage in the visual arts.

The Armory Show was founded by four New York gallerists – Colin de Land, Pat Hearn, Matthew Marks and Paul Morris – who sought a platform to present and promote new voices in the visual arts. In its 25 years, The Armory Show has stayed firm to its mission while establishing itself as an unmissable art event set in the heart of New York City.

The 2020 curatorial team is exclusively female and includes:

Nicole Berry, Executive Director of The Armory Show, remarks: “With more than a quarter century of tradition in Manhattan, The Armory Show is New York’s most storied art fair, and an essential opportunity for international and national galleries to connect with a key North American audience of collectors, curators, and institutions. We have created a comprehensive platform for serious and ambitious presentations by galleries of all sizes, reaches, and years of experience—from global powerhouses to regional leaders and those just beginning to gain recognition. We are proud that many galleries who started at The Armory Show have gone on to achieve incredible success in the industry.”

The 2020 edition will feature many notable thematic and solo-artist presentations within Galleries, the fair’s core section. Presentation highlights include:

As the marquee event during Armory Arts Week, The Armory Show, with its extensive VIP Program, will unfold during a week of museum and gallery openings city-wide—reaffirming the position of Armory Arts Week as New York’s most important arts week and a destination for both regional and international collectors, artists, and museum leaders.