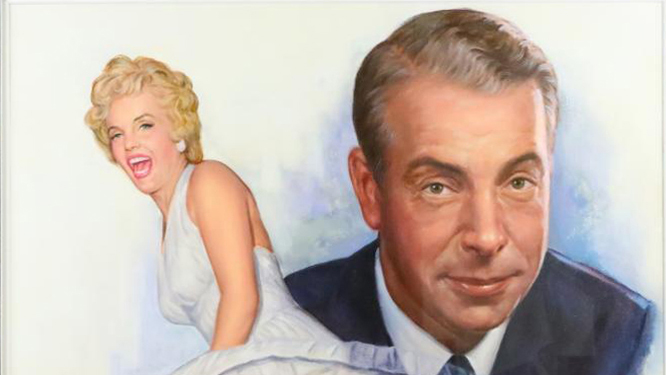 The live online auction features many items which have been in private collections for over 35 years, and which have never been offered at auction.

From John F. Kennedy’s personal collection there’s a Grebe radio used in the White House, estimated at $35,000-$40,000, and from Marilyn Monroe, a black wool long-sleeved dress with an estimate of $20,000, and a painting of Marilyn and Joe DiMaggio, signed by DiMaggio, estimated at $250.

Other items include science fiction magazines signed by John Lennon, guitars signed by George Michael, costumes from Prince, Drew Barrymore, Greta Garbo and Marlon Brando and a stage gown worn by Whitney Houston. Rather more controversially, there are also several items of stage clothing worn by Michael Jackson, and a pill bottle from Stevie Nicks.

For film fans, there are props from the movies Hook, Terminator, Ghostbusters and Natural Born Killers.

For a full catalogue and to register to bid in the auction, visit the Live Auctioneers website here.