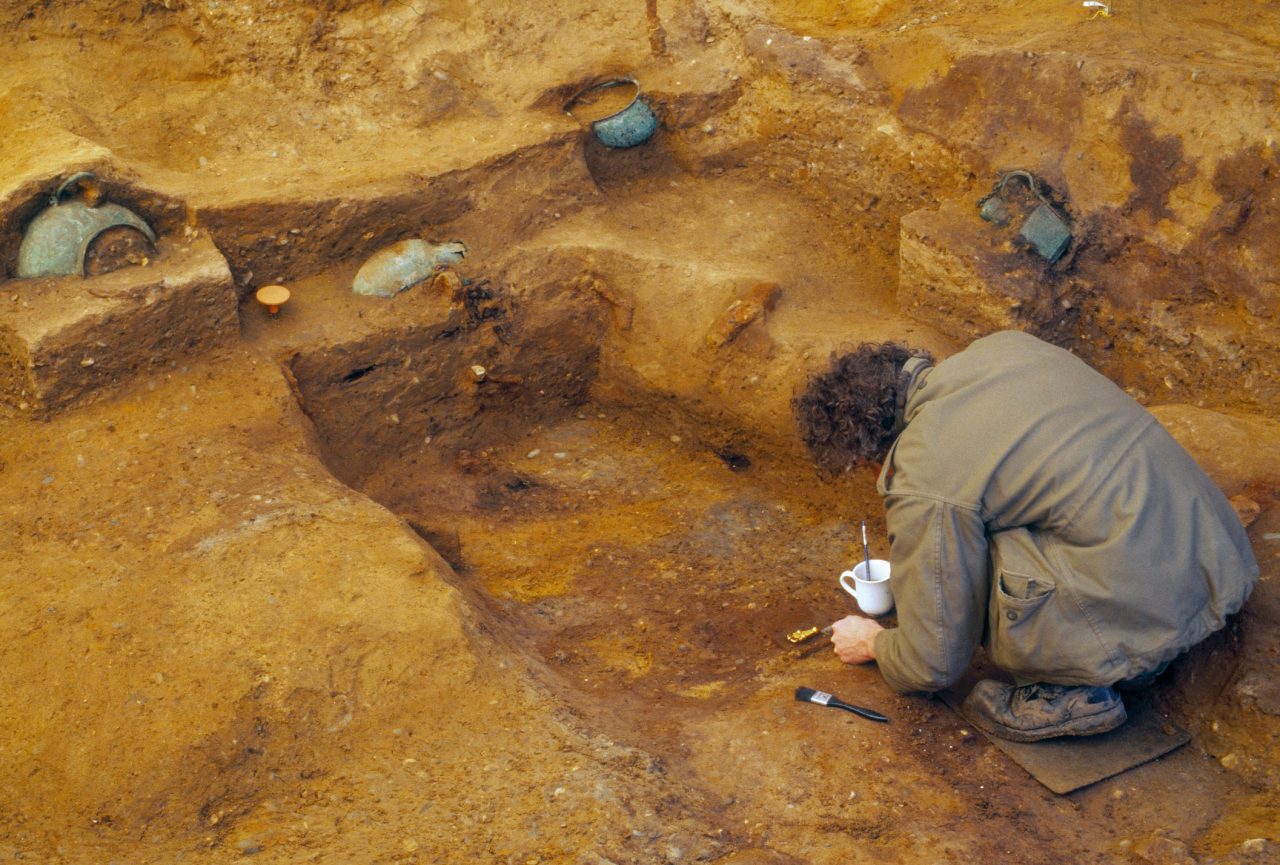 The Museum of London Archaeology (MOLA) has revealed the results of new research into the Prittlewell Anglo-Saxon burial chamber.

First excavated in 2003, the small plot of land in Prittlewell, Essex revealed an astonishingly well-preserved burial chamber adorned with rare and precious objects; however, many of the burial chamber’s secrets lay concealed beneath centuries of earth and corrosion and have only been revealed now.

The research, led by MOLA and funded by Southend-on-Sea Borough Council and Historic England, explores the internationally significant collection, including hitherto unidentified artefacts from the Anglo-Saxon princely burial chamber.

Over 40 leading experts in a range of specialisms, including Anglo-Saxon art and artefacts, ancient musical instruments, ancient woodworking, engineering, soil science and scientific dating undertook the research, in their quest to reconstruct and understand the chamber as it would have been on the day of the burial and recover crucial evidence to date the burial. The original chamber timbers decayed, leaving only stains and impressions of the structure in the soil for archaeologists to investigate. Back in the lab specialists managed to find more evidence, including mineral-preserved wood surviving on iron wall hooks, from which they skilfully recreated the chamber design.

The team left no stone unturned, using a range of techniques – from soil micromorphology and CT scans to Raman spectroscopy, scanning electron microscopy and mass spectrometry. Highlights from the research include a unique 1400-year-old painted wooden box, the only surviving example of early Anglo-Saxon painted woodwork.

This unique find is the only surviving example of early Anglo-Saxon painted woodwork. Originally lifted by archaeological conservators in a block of soil, detailed micro-excavation in the lab exposed hidden fragments of a painted maple-wood surface believed to be from a box lid. The design includes a yellow ladder-pattern border that resembles the borders seen on Anglo-Saxon gold-and-garnet jewellery, as well as two elongated ovals, one in white and one in red with cross-hatching perhaps representing fish scales.

The lyre (Old English hearpe) was the most important stringed instrument in the ancient world; this is the first time the complete form of an Anglo-Saxon lyre has been reconstructed. The wooden lyre had almost entirely decayed save for a soil stain within which fragments of wood and metal fittings were preserved in their original positions. Micro-excavation in the conservation lab revealed that the instrument was made of maple with tuning pegs made of ash. Using Raman spectroscopy specialists determined that the garnets in two of the lyre fittings are almandines, most likely from the Indian sub-continent or Sri Lanka. Extraordinarily, this treasured lyre had been broken in two at some time during its life and put back together using iron, gilded copper-alloy and silver repair fittings.

The most striking object in the coffin was a pristine gold buckle, a rare gold example indicating this was a high-status burial. This male status symbol would have fastened a waist belt over his tunic. Gold braid at the neck edged a piece cloth placed over his head, perhaps hiding the gold crosses that rested over his eyes, and at his feet small garter buckles suggest he wore soft leather shoes with cross gartering around his legs fastened over the shoes to keep them in place. The position of the two gold coins suggests that he may have held one in each hand.

Fragments of tooth enamel from within the coffin, the only remains of the person buried, show that he was over 6 years old, but offered no possibility of dating or DNA analysis to provide clues as to his identity. The size of the coffin, the position of items in the coffin and the presence of weapons in the chamber suggest this was a man, possibly young, about 1.73m (5ft 8in) tall. The age of the chamber is now known for the first time, based on radiocarbon dating of a drinking horn in the chamber and coins buried with the body which bear the name of the mint in France they come from and were only produced after 580AD. The date of the chamber, now known to be between 580AD and 605AD, rules out that it contained King Saebert, as previously believed, but it is speculated that it may have been Prince Seaxa, brother of Saebert, who ruled in an era when paganism was giving way to Christianity.

For the first time objects from the Prittlewell princely burial will go on permanent display at Southend Central Museum. Open to the public for free from Saturday 11 May 2019, the new permanent gallery features some of the chamber’s most impressive items.

You can also explore the burial chamber, its artefacts and the research unravelling its secrets for yourself, with an interactive online chamber at www.prittlewellprincelyburial.org.