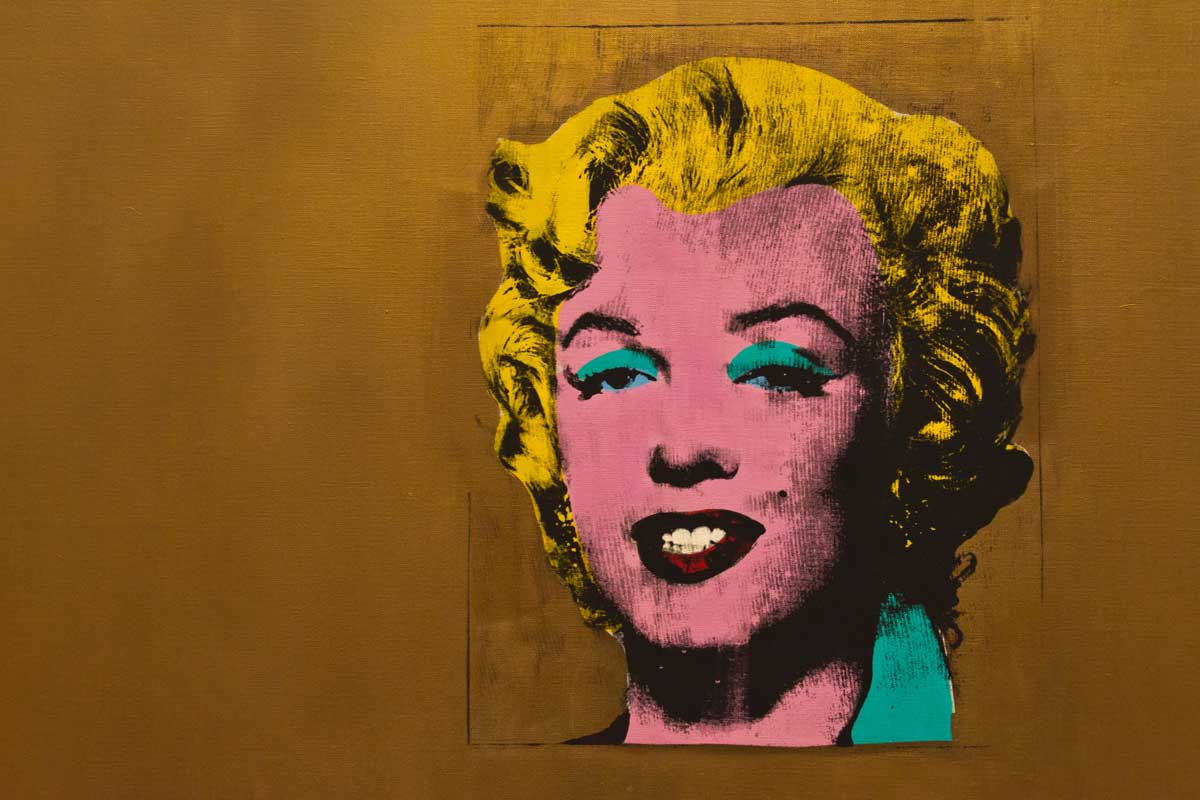 One of the most recognisable, successful and intriguing figures in the modern art world, Andy Warhol came from very humble beginnings.

Andy Warhol was born in Pittsburgh, Pennsylvania, in 1928 as Andrew Warhola.

Today, Warhol’s work and life continue to infiltrate and inspire our media and every-day relationship with art. The Andy Warhol museum in Pittsburgh remains the largest museum in the United States dedicated to a single artist.

After graduating from high school, Warhol intended to study to become an art teacher, a plan that he later dismissed. He enrolled to study commercial art, moved to New York and began his career.

Warhol’s rise to fame saw him emerge as an artist in the 1950s. Most notably, in 1956, he participated in his first group show exhibiting at the city’s Museum of Modern Art (MoMA), where he learned from artists such as Robert Rauschenberg and Jasper Johns. In 1960, early examples of Warhol’s Pop art pieces emerged.

Pop art developed in the U.S. during the late 1950s as a turn away from Abstract Expressionism in New York. Instead, Pop artists used irony, parody and the mundane to combat the symbolism common within abstract, high art forms. Warhol’s Brillo Boxes (1964) marks a direct insurgence against Abstract Expressionism; the cardboard sculptures were practically identical to their real-world equivalents.

Whilst Warhol’s want for ‘something ordinary’ generated debate amongst critics, the artist continued to experiment throughout the 1960s. Methods included creating large graphic canvases with paint, photography, film, sculpture and silkscreening—a printing technique where an image is transferred to a porous screen and ink or paint is forced through with a rubber blade, onto the paper.

This process allowed Warhol to repeat a motif several times, generating pieces such as the Campbell’s Soup Cans (1962) that encapsulates the means of mass production and Marilyn Diptych (1962), the relentlessness of the media. From here, the 1964 exhibition The American Supermarket was considered Warhol’s career breakthrough.

Alongside his rise to fame, Warhol’s New York studio, The Factory, became the gathering place for those whom he called ‘Warholstars’, a group of eccentric friends made up of bohemians, drag queens, intellectuals, Hollywood celebrities and wealthy benefactors. Warhol’s unconventional circle mimicked the controversy in both his art and his liberated sexual and personal life.

In 1963, Warhol expressed a desire to retire from painting in order to concentrate exclusively on filmmaking. He created approximately 600 films, with most of these starring the Warholstars. One of his best-known works is the experimental film, Chelsea Girls (1966).

However, Warhol’s relationships with this unconventional group diminished when acquaintance and radical feminist, Valerie Solanas shot him in 1968. The shooting had a serious impact on Warhol’s life and art, leading to much quieter years in his later life.

Nevertheless, Warhol retained his talent and created his famous Mao series in 1972. Bruno Bischofberger suggested that Warhol return to painting portraits of famous figures, sparking Warhol’s official portrait of the Chinese Communist leader Mao Zedong. The 10 brightly coloured screen prints were reminiscent of Warhol’s fascination with celebrities and propaganda.  In his final years, Warhol returned to painting. His Oxidation Painting series (1978) and Sixty Last Suppers (1986) are among his most renowned last works.

Warhol died at the age of 58 on 22 February 1987, due to complications from a recent gallbladder surgery. He died in his sleep from cardiac arrhythmia and his family sued the hospital for improper care.

Andy Warhol created inspiring images that we still recognise today, embraced popular culture and experimented with art and life. His last animated Self Portraits (1986) serve as a reminder that he achieved the level of celebrity status he was so fascinated by throughout his life and career.

Duchess of Sussex’s Royal Wedding Dress to Go on Display