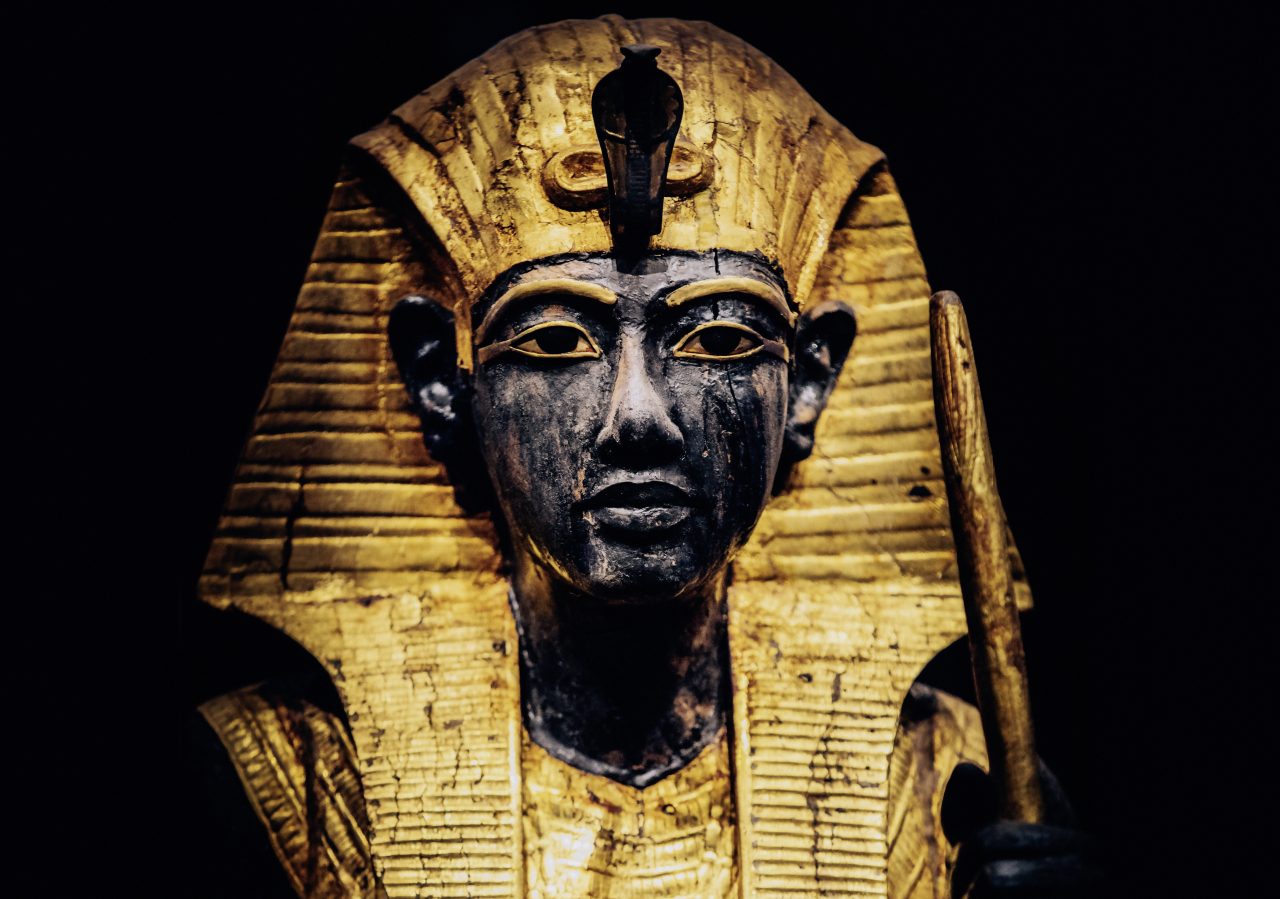 The treasures of the famous Egyptian pharaoh Tutankhamun are on display at London’s Saatchi Gallery from 2nd November until May 2020. The exhibition, The Treasures of the Golden Pharaoh, holds more than 150 artefacts found in the king’s tomb.

The precious artefacts were carefully buried with the ‘Boy King’ to ensure his safe passage into the afterlife and to prevent any harm coming to him as he began his next life (considered by the ancient Egyptians to be even more important than life itself).

The exhibition is the last chance to see the magnificent artefacts before they return to Egypt forever. Some these treasures have never before been out of Egypt.

Tarek El Awady, the curator of the exhibition, said: “These objects are masterpieces of ancient art. The exhibition is designed to allow visitors to accompany the golden pharaoh on his magical trip to the afterlife. The exhibition will also present the recent discoveries about Tutankhamun’s life and death, his family and treasures.”

Not only does Treasures of the Golden Pharaoh celebrate the famous king, it also pays homage to the archeologist who made it all happen.

Howard Carter was the British archeologist determined to find the pharaoh’s tomb. Carter finally made the discovery in 1922 on the last funded trip to Egypt’s Valley of the kings. He famously said: “At first I could see nothing, the hot air escaping from the chamber causing the candle flame to flicker, but presently, as my eyes grew accustomed to the light, details of the room within the emerged slowly from the mist, strange animals, statues and gold – everywhere the glint of gold.”

The objects buried in the tomb range from weapons and statues of Gods, to jewellery buried with Tutankhamun’s mummy.

The face of the exhibition, the miniature canopic coffin, held the king’s organs during the mummification process.

John Norman, the managing director of exhibitions at the Saatchi said: “This exhibition causes people to think about the difference one person can make. Had it not been for Howard Carter’s passion and determination, the boy king’s name – and treasure – might have been lost for all eternity. Now, we are all a part of helping to preserve it, and ensure his afterlife.”

See our full review of the Treasures of the Golden Pharaoh exhibition in the November 2019 issue of Arts & Collections magazine.