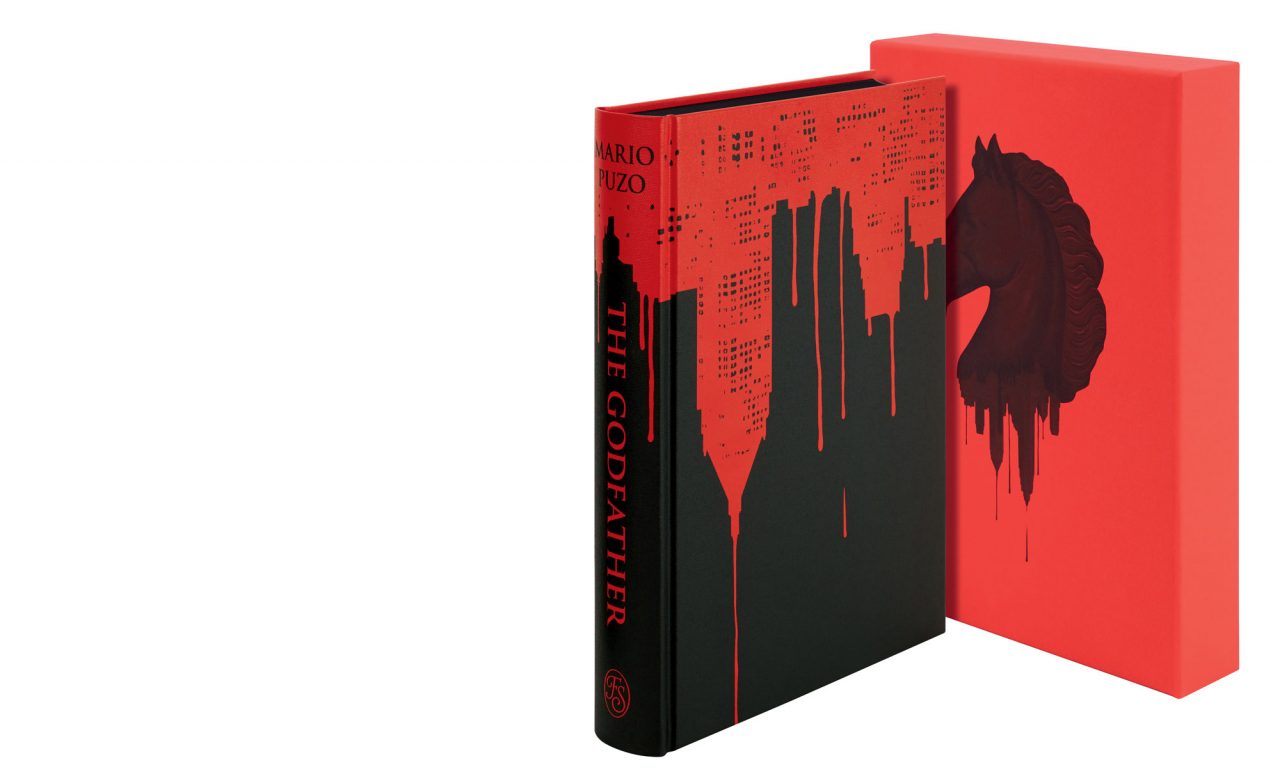 The Folio Society is to publish the first ever illustrated edition of Mario Puzo’s genre-defining gangster novel The Godfather, a brilliant and brutal story of Mafia feuds in post-war New York. This sensational new title is lavishly illustrated with atmospheric artwork by Robert Carter and an exclusive introduction by Jonathan Freedland.

One of the best-selling novels of all time, The Godfather’s impact on popular culture since its publication in 1969 is immeasurable. From Francis Ford Coppola’s phenomenally successful film trilogy, to gangland parlance and schoolyard banter, its legacy is global. This Folio edition is printed in two colours throughout and packed with design details that pay homage to Puzo’s epic story and its era.

Award-winning artist Robert Carter has produced a series of spectacular illustrations, each depicting different iconic scenes and transforming them into a contemporary gallery of atmospheric portraits. The edition is bound in cloth printed with a design of a bleeding upside-down New York skyline, encapsulating the drama of the novel. This is echoed throughout in the part title illustrations and on the striking blood-red slipcase.

About illustrating the book, Robert Carter says: “Illustrating one of the most beloved and famous novels of our time was intimidating but also exhilarating.”

Sleeps with the fishes

He continues: “From the beginning there were a few running themes I wanted to incorporate within the series of illustrations. The most obvious being the colour scheme, a film noir like black-and-white but with a punch of violence and passion in the form of reds and orange to keep the whole thing visually cohesive.”

In a newly commissioned introduction, author and journalist Jonathan Freedland explores the eternal legacy of the The Godfather. A hugely successful thriller author who writes under the pseudonym Sam Bourne, Freedland’s passionate and expert critique of Puzo’s masterpiece is a fascinating prelude to the novel itself.

In his introduction Freedland writes: “The Godfather’s legacy goes beyond a few catchphrases. It created a genre: Goodfellas and The Sopranos are revered as masterpieces, and yet their authors will forever be seen as artists in the school of The Godfather. (More unnervingly, it is said that modern-day mafiosi in New York or New Jersey learn to speak the argot of the Cosa Nostra not from their fathers and grandfathers, but from repeat screenings of the Francis Ford Coppola movie.)

The Folio Society edition of Mario Puzo’s The Godfather, with introduction by Jonathan Freedland and illustrations by Robert Carter, is available exclusively from www.FolioSociety.com.