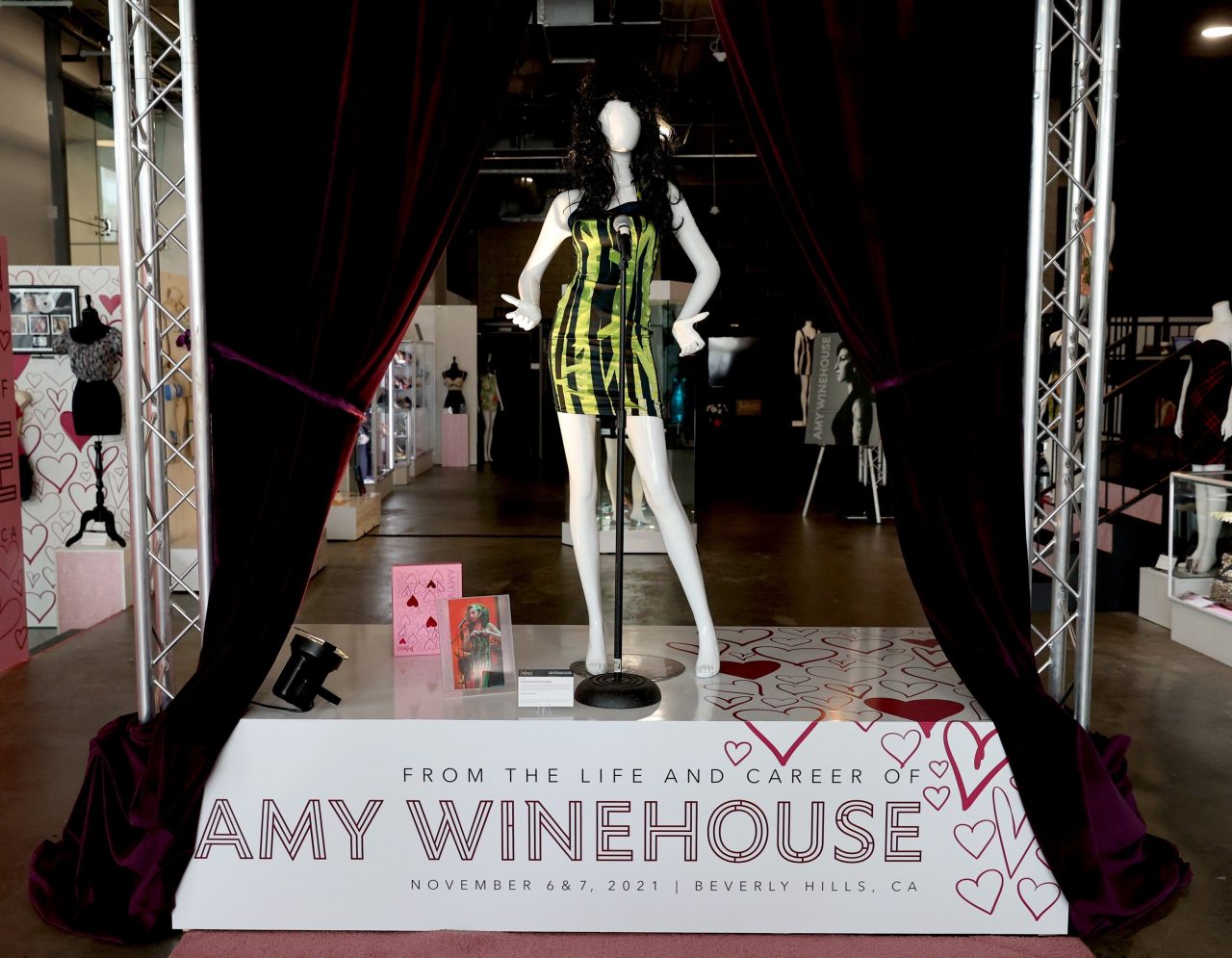 Julien’s Auctions held its highly-anticipated event, Property From The Life and Career of Amy Winehouse on Saturday, November 6th and Sunday, November 7th, 2021, in front of a global audience of music fans, investors and collectors bidding live in person, on the phone, and online at the two-day auction event live in Beverly Hills and online at www.juliensauctions.com.

Over 800 of Amy Winehouse’s most iconic stage, photo shoot and performance worn dresses, shoes, jewelry and accessories that were synonymous with the individualistic style and signature artistry of the of the five-time GRAMMY Award®-winning retro-soul music superstar and pop diva as well as her most personal items were sold for the first time at the world-record breaking auction house with final results exceeding all their original estimates.

The top highlight of the auction was the sale of Amy Winehouse’s dress worn in her final stage performance in Belgrade in her 2011 Summer Festival Tour, which sold for an astounding $243,200, sixteen times its original estimate of $15,000. The custom-made figure-hugging halter mini dress designed by Winehouse’s designer and stylist, Naomi Parry has a bamboo and floral print on silk incorporated into a Spanx dress.

Proceeds from the sale will benefit The Amy Winehouse Foundation established by her parents Mitch and Janis Winehouse which raises awareness and support for vulnerable, young adults with addiction problems. The items toured around the world with exhibitions at The GRAMMY Museum, The Museo de la Moda, The Hard Rock Café in New York and Julien’s Auctions before this weekend’s auction. Highlighted items sold this weekend will head to the Amy: Beyond the Stage exhibition at the Design Museum in London beginning November 26th then go to their winning bidders after the exhibition.

Julien’s Auctions is the world-record breaking auction house. Collaborating with the famous and the exclusive, Julien’s Auctions produces high profile auctions in the film, music, sports and art markets. Julien’s Auctions has received international recognition for its unique and innovative auction events, which attract thousands of collectors, investors, fans and enthusiasts from around the world.

Chorley's Auction Features Items From the Estate of Lord Charteris