A glittering finish to the Festival of Elegance 2019 under the motto The Symphony of Engines – 90 Years of the Concorso d’Eleganza Villa d’Este & BMW Automobiles saw an Alfa Romeo Berlinetta Coupé from the year 1937 take the grand prize.

The event, held on the shores of Lake Como, Italy, brings together the finest historic cars and motorcycles for competition in front of an international jury.

Rare cars seen at the Festival include the 1970 Ferrari Pininfarina Modulo concept car, bought and made driveable for the first time by investor and film-maker James Glickenhaus (see top image).

Perfect harmony between the public and the jury of experts enabled the Alfa Romeo 8C 2900B to gain a one-two victory at the Concorso d’Eleganza Villa d’Este 2019. The stylishly captivating and technically sophisticated two-door coupé from the year 1937 was crowned overall winner of the world’s most traditional heritage beauty contest for historic vehicles, just one day after its success in the Public Referendum. After winning the Coppa d’Oro Villa d’Este, the owner of the vehicle awarded “Best of Show” by the Jury, American David Sydorick, was privileged also to receive the newly designed Trofeo BMW Group.

The doubly successful Alfa Romeo celebrated at the Concorso d’Eleganza Villa d’Este 2019 was already a valuable rarity when it came into being. It is one of only 30 vehicles built in this series and launched on the market by the Milan-based manufacturer between 1937 and 1940 in a particularly exclusive configuration. The chassis of the immensely successful racing cars provided the platform and an inline all-alloy eight-cylinder engine was mounted as the power unit. 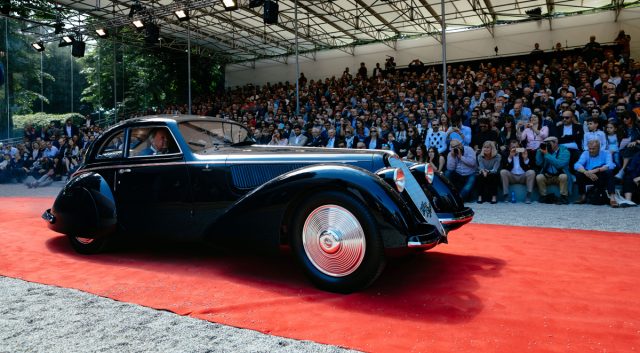 Two overhead camshafts and a twin supercharger unleashed maximum output of 180 hp for the engine. Independent suspension and a rear-mounted gearbox were additional advanced features that contributed to the exclusive status of the Berlinetta. As the first of just five vehicles with a long wheelbase, the coupé was also clothed in a Superleggera coachwork bodied by Carrozzeria Touring. The combination of sophisticated technology and perfect, stylish design has ensured a rapturous reception even 82 years later – as impressively demonstrated by the double triumph at the Concorso d’Eleganza Villa d’Este 2019. 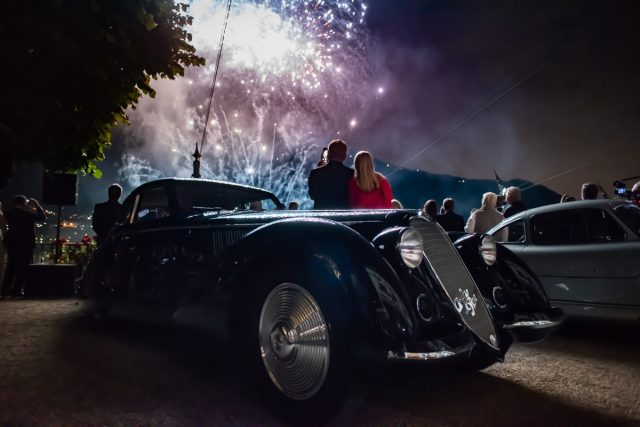 The owner of the treasured gem from Milan is now able to enjoy the award of the Trofeo BMW Group for a second time. David Sydorick already won the title of “Best of Show” with another Alfa Romeo from his collection in 2015. “I have won a lot of prizes with my automobiles, but this vehicle really fulfils all my desires. The Best of Show here at Villa d’Este is like receiving a knighthood. My wife and I would like to express our heartfelt thanks for this award,” were the words of the delighted winner at the award ceremony.

This is the sixth time in succession that the Jury led by its President Lorenzo Ramaciotti has bestowed the contest’s most important award on a car made in Italy. The list below presents the “Best of Show” and all the class winners alongside those vehicles in the classes for Historic Cars bestowed with a Mention of Honour.

Trofeo BMW Group – Best of Show by the Jury

Class Winners and Mentions of Honour

CLASS A: GOODBYE ROARING TWENTIES: THE BIRTH OF THE CONCORSO

CLASS B: FAST FORWARD: A QUARTER CENTURY OF PROGRESS

CLASS D: A NEW DAWN: INTO THE ROCK’N’ROLL ERA

Mention of Honour
Vivant 77, Roadster, “The Beatles of Troy, Michigan”, 1965, Phillip Sarofim (US)