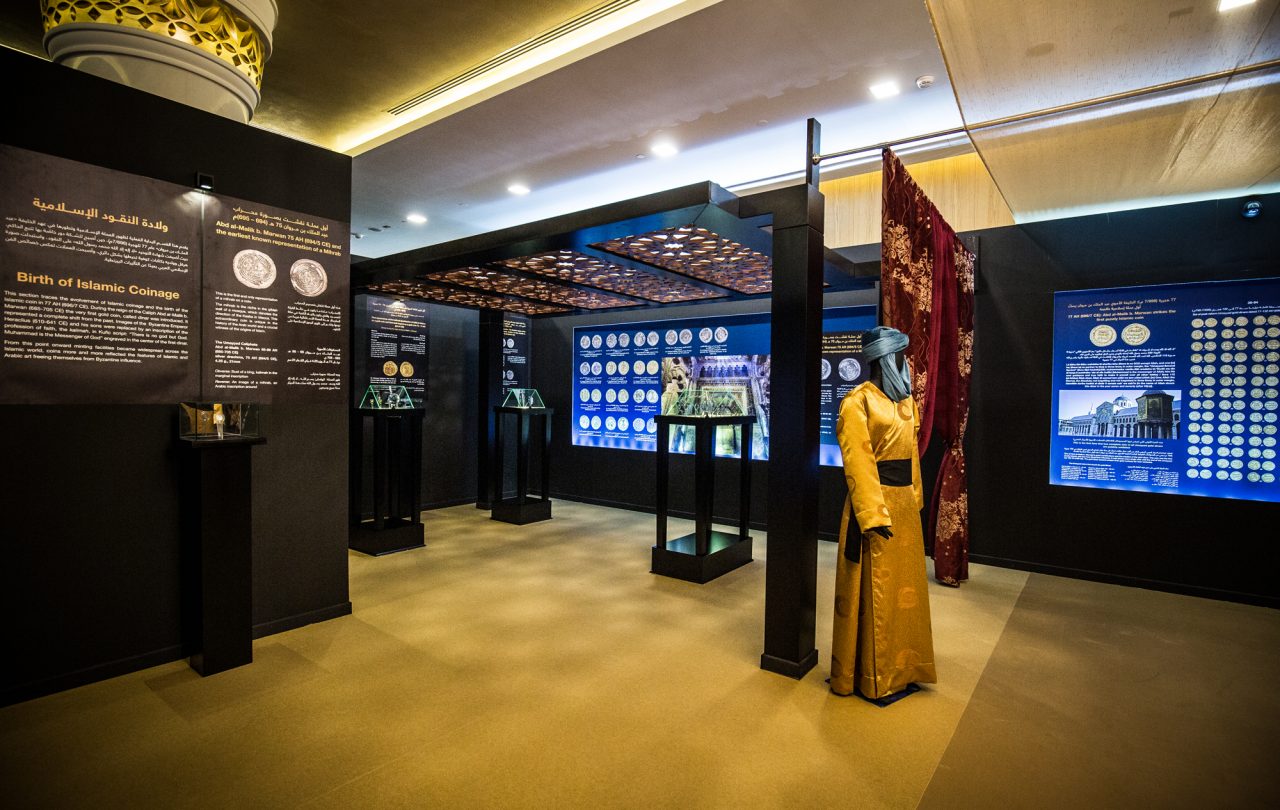 One of the most significant collections of Arab and Islamic coinage ever assembled is now on show in the exhibition Coins of Islam: History Revealed in Abu Dhabi, UAE.

Curated and organized by Dr. Alain Baron, founder of Numismatica Genevensis SA, the exhibition features over 300 coins and will run until 28th April 2020.

HE Abdurrahman bin Mohammed Al Owais, Chairman of the Board of Trustees of Sheikh Zayed Grand Mosque Centre, stated that “Islamic history and culture inspired this exhibition in line with the SZGMC’s vision. Since its establishment, the Centre has become a leading cultural destination, serving as a beacon of intellect and reason through its various activities. By displaying historical artifacts like these extraordinary coins, SZGMC aims to underline the rich history and cultural legacy of successive Islamic eras across centuries.”

Dr. Alain Baron commented: “One of the world’s most significant collections of Arab and Islamic coinage ever assembled, the exhibition will celebrate the splendours and achievements of the Islamic civilization across centuries and the unique perspective on that history afforded by its coins. It is our absolute honour to emphasise the SZGMC’s mission as a centre of learning and knowledge and to highlight the unique and profound role that numismatics plays in our understanding of history and culture.”

The coins originate from all across the Arabian Gulf and North Africa, and they serve as a unique and invaluable source of documentation that narrates the history of coins, based on the timeline of minting across various civilizations and eras, while also highlighting the commonalities amongst various cultures. The exhibition traces the historical evolution of Islamic coinage by documenting the coin’s date of minting and the historical background associated with its production, supported by rich factual information that conveys their cultural and historical value. Besides, it sheds light on Islam’s long history of engaging with other cultures and faiths.

One of the main features of the Islamic coinage exhibition is the dedication of an entire section to women, which documents the significant presence of strong and inspirational women in various cultures across the centuries. This section showcases a selection of coins engraved with images of incredible women who left their mark on history. It also reflects the mission of HH Sheikha Fatima Bint Mubarak to support women’s empowerment.

The exhibition, taking place following the 2019 ‘Year of Tolerance’ in the UAE, is the first to be held in the Sheikh Zayed Grand Mosque Centre’s new permanent galleries and reflects the Mosque’s status as a leading platform for cross-cultural and intellectual dialogue and exchange.