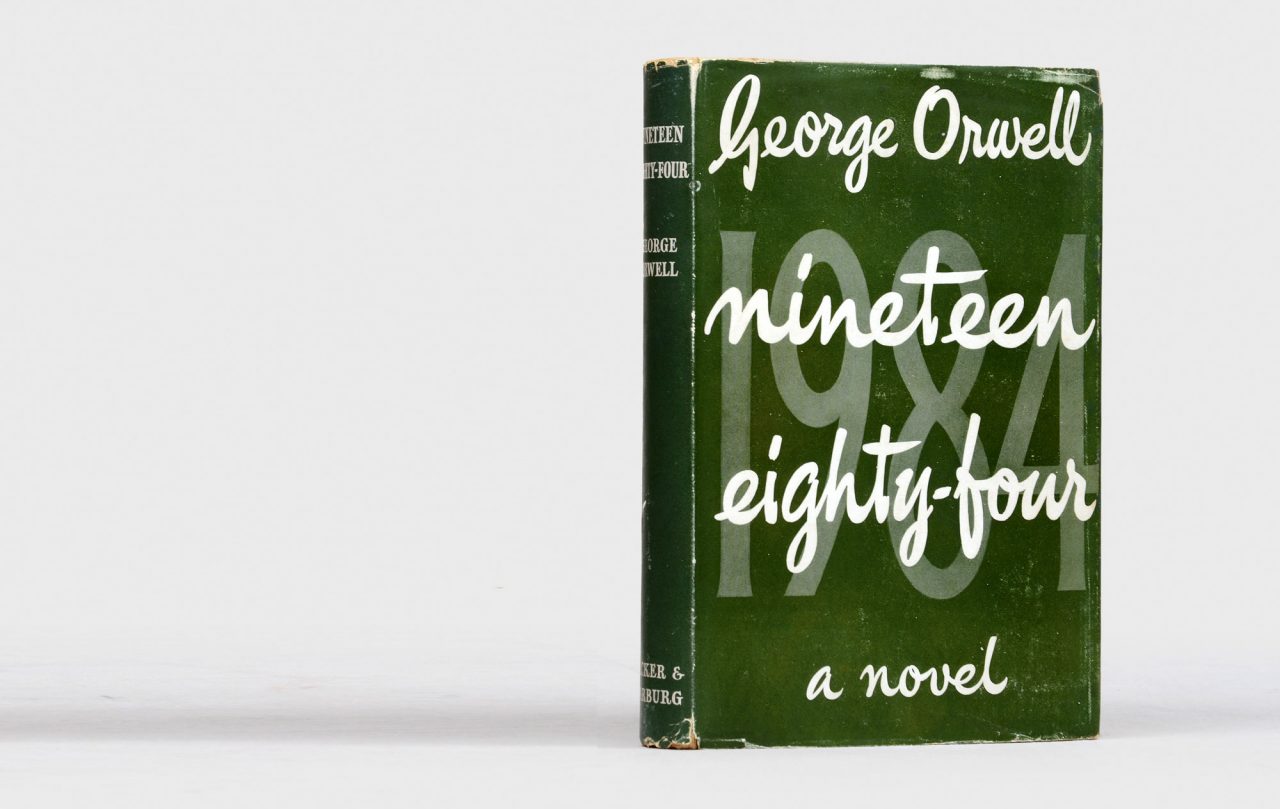 From The Shape of Things to Come to Lord of the Rings, fantasy and science fiction throws light on our society and the problems it faces. But for the book collector, the problem is to get to grips with this huge and exciting field. Sammy Jay, Literature Specialist at Peter Harrington London, guides you through the vastness of time and space…

“The human imagination is an extraordinary thing – it is the engine that has powered literary history to some of its greatest heights. From escapist fantasy to political dystopia, from gothic nightmare to spiritual quest, writers have dissolved the boundaries of the possible, reshaped the worlds we think we know, and travelled with us to wholly new planets. Collecting in the arena of imaginative literature can be no less exciting – it is a limitless sandpit, where anyone may find their corner and make it their own.

“I would also say that collecting in the genres of fantasy, science fiction, and beyond, has never been so timely. When we started, back in 2019, to put together In Other Worlds – Peter Harrington’s newly launched literature catalogue, we had no idea the world would grow so strange so suddenly, throwing some items into arresting relief.

“One of the inclusions in the catalogue, a rare first edition in original boards of Mary Shelley’s novel The Last Man, which is set at the end of the 21st century among the last survivors of a global pandemic, is just one particular example. Or take E. M. Forster’s short story The Machine Stops, which imagines a future world in which humans are confined each to their own room, but are instead globally connected to one another through electronic screens. Written in 1909, it has long been appreciated as prophetic – I don’t think anybody expected how much so.

From Page to Screen

Pure fantasy and epic sci-fi have also, in recent years, crept out of their respective niches and leapt into the spotlight of general public enjoyment. You can see it in the enduring popularity of the Tolkien and Star Wars film franchises, but also in the unprecedented success of HBO’s Game of Thrones TV series. There is even a new film adaptation due later this year of Frank Herbert’s Dune, starring Timothée Chalamet – following David Lynch’s bizarre cult classic from the 80s.

Collecting rare and valuable editions of the books that inspired these popular phenomena can be an enjoyable way to represent your own enthusiasm, but also a canny investment if you want to get in on the action.

Works written for children, such as Lewis Carroll’s Alice in Wonderland, J. M. Barrie’s Peter and Wendy, or L. Frank Baum’s The Wonderful Wizard of Oz, are no less part of the heritage of serious imaginative literature, and are still enjoyed by adult readers today. Disney’s classic animated film adaptations have firmly fixed these in the public imagination – they’re not going anywhere, and neither is the value of their first editions. Another enduring work of children’s fantasy to seriously consider is C. S. Lewis’s seven-book Narnia series – first editions of the later titles can be picked up reasonably easily, but completing a set can be hard as some titles are much rarer.

Anybody seriously interested in collecting books (or even casually so – though beware, the obsession will soon take hold) may benefit from the following general advice.

Investing in rare books in general is a nuanced affair, with too many variables to make anything like a value-index remotely meaningful. The best advice is to consider carefully what you are truly passionate about, find booksellers that you trust and share your enthusiasms, and be guided by them. You might even discover things that you didn’t know you wanted – and those encounters with serendipity are one of the chief joys of book collecting.

There are many avenues one could pursue, and it is useful to pay respect first and foremost to the major works. You could get to grips with apocalyptic fiction like Richard Matheson’s I Am Legend, gothic classics such as Anne Radcliffe’s Mysteries of Udolfo or Horace Walpole’s Castle of Otranto, or other tales of supernatural horror such as Bram Stoker’s  Dracula or the eldritch works of H. P. Lovecraft. Science fiction can be intergalactic – the books of Robert Heinlein and Isaac Asimov stand out in this field – cybernetic, like William Gibson’s unmissable Neuromancer – or wholly terrestrial though nonetheless outlandish, such as Mary Shelley’s seminal Frankenstein, or H. G. Wells’s ground-breaking The Time Machine.

Many collectors find satisfaction in exploring more outré aspects of the literature, some of which might deviate from what most could consider to be within the tradition gamut of Fantasy and Science Fiction. Works of religious fantasy, such as John Bunyan’s Pilgrim’s Progress, or the prophetic dreams of William Blake, are still highly relevant to the heritage of imaginative literature; just so might one consider the literature of madness and drugs, like Thomas de Quincey’s Confessions of an Opium Eater, or even Hunter S. Thompson’s Fear & Loathing in Las Vegas, as holding some similar testament to the imagining-power of the human brain.

It can be good to have some kind of vision for what you’re trying to achieve with your collection – what story you want to tell, whether it’s about the books, or about yourself. The field of imaginative literature is truly broad. This teeming multiverse is far too expansive and interconnected to be cut and boxed into genre niches, and its roots are deep, stretching back down the centuries, through 18th- and 17th-century works like Gulliver’s Travels and Paradise Lost to the magical plays of Shakespeare and the Arthurian romances of Thomas Malory. Taproot texts like Beowulf inspired William Morris, and the Icelandic sagas did the same for Tolkien.

Imaginative literature is, by its nature, an inherently free and liberal space – and it is exciting to see future collecting possibilities opening up with collectors, bibliographers, and institutions focussing more on works by women or BAME authors, or indeed other increasingly topical genres such as climate fiction. Carol F. Kessler’s Daring to Dream; Utopian Fiction by United States Women Before 1950, is one example, as is Rebecca M. Marrall’s Women of Color in Speculative Fiction: An Annotated Bibliography of Authors. On this topic, fantasy publishing history was made in recent years by African-American writer Nora K. Jemisin, whose Broken Earth trilogy (2015-2017) became the first to win the prestigious Hugo Award for best novel with each book in three sequential years.

Anyone who does not know where to start has a helping hand available in the work of bibliographer E. F. Bleiler. His Guide to Supernatural Fiction and two-part Science-Fiction Bibliographies are copious classics, with thoughtful notes on each title ready to pique interest at every turn.

Frank N. Magill’s Survey of Modern Fantasy Literature, a multi-volume collection of essays on over 500 titles, is similarly rich and engaging. There was one more recent example, an idiosyncratic book which was particularly valuable in charting my own course: A Conversation Larger than the Universe: Readings in Science Fiction and the Fantastic 1762-2017 (Henry Wessells, 2018), which takes the reader on an inspiring stroll through the author’s own highly personal collection. I thoroughly commend it.

Find out more about Peter Harrington’s In Other Worlds fantasy and science fiction catalogue here.