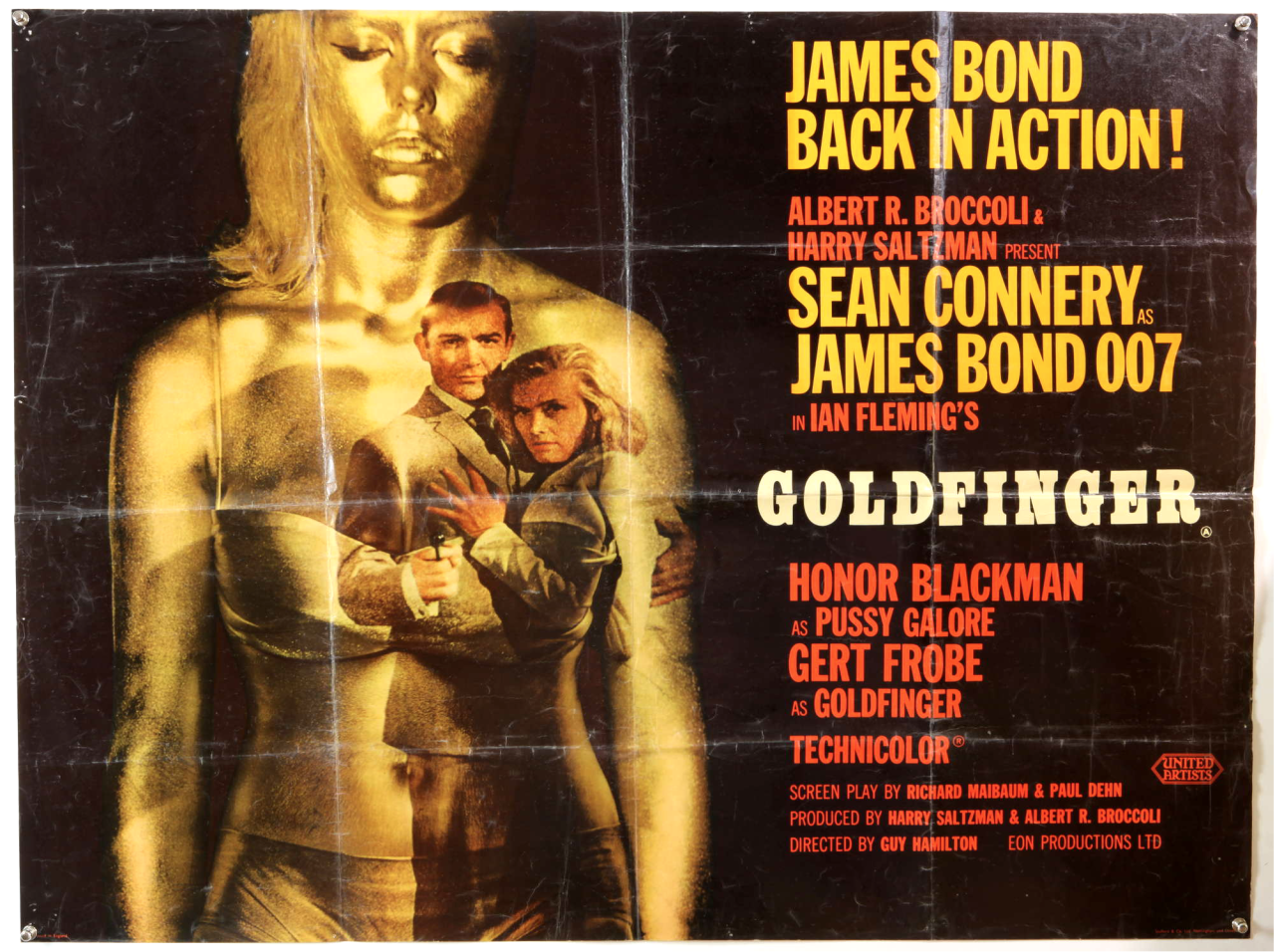 As we await the announcement of Daniel Craig’s successor as 007, Ewbank’s launches the latest in their continuing auction series dedicated to James Bond on February 11th. Rare film posters, first edition books, costumes and other highlights come together with combined hopes of tens of thousands of pounds – two posters alone are expected to take nearly £25,000 in the James Bond 007 auction.

Two limited edition replica golden guns – one signed by both Roger Moore and Christopher Lee – are expected to add up to another £20,000 to the total.

The first is the best example Ewbank’s specialist Alastair McCrea has ever seen of the extremely rare four-design Advance British Quad poster for Thunderball from 1965. Featuring two panel illustrations on the left by Frank McCarthy and two on the right by Robert McGinnis, the 30 x 40in poster was designed to be cut into four pieces. Very few (complete or otherwise) have survived in any condition, and even fewer intact.

“This one is a particular rarity because it is near mint condition – easily the best I have seen,” said McCrea. “It has been in the same private collection for nearly 50 years, having been acquired at a specialist shop in Charing Cross in the 1970s.” The estimate is £8,000-12,000. That is the same guide as for an original poster for the first film in the franchise, Dr No.

Three different designs for You Only Live Twice (1967) illustrate collectors’ preferences. The first, featuring Bond in a bath surrounded by girls, known as the C version, carries an estimate of £1,500-2,500. A copy of the A version, featuring 007 in impossible pose above the exploding enemy base, is pitched at £650-850, while a plainer, but rarer lurid yellow version carries hopes of £800-1,200.

The sale includes a broad range of posters from the Connery years, as well as rare promotional material and highly decorative first editions of the Ian Fleming books, the most desirable being a First Edition, First Impression of the first book, Casino Royale, from 1953, published by Jonathan Cape and estimated at £5,000-8,000.

“The allure of James Bond is as strong as ever,” says McCrea. “We now hold several sales a year dedicated to the 007 phenomenon and bidding is as vigorous as it’s ever been.”

Live online biding is available via the auctioneers’ website at www.ewbankauctions.co.uk

Exploring Glass in Contemporary Sculpture at the Henry Moore Institute